We spent the first night in the company of Emma’s friend Hayley’s in her terraced house in Bristol where she cooked us an amazing meal.

We arrived in Bath and found the information centre where the trail started, got the camera out and set off through the streets. After about half an hour we were in the fields of the Cotswolds National Park. Up and down rolling hills of bright green spring grass. Towards the end of the day there was some big hills to go up and down, keeping up with Emma is extremely hard work on these. So, I took a detour on the road to meet her at the other side. When she arrived, I could tell she was tired but, thankfully, we were almost at the end of the run for day one. We arrived at the road where we were picked up and taken to the campsite. Emma was tired and cold, she lay in the tent for about half an hour wrapped in down jackets and blankets. Aysha cooked steaks for tea and we sat under the stars chatting for a while before bed.

After breakfast and some yoga, Emma and I were dropped back on The Cotswold way. After about 10 minutes, we discovered we had gone the wrong way. After getting back on route and feeling frustrated, I thought to myself this is a good lesson for the future: to check and make sure we are on route. The miles went by and we met Aysha for lunch. The afternoon was spent mostly in woodland, which is just coming to life after the wet cold winter, on dried up muddy 4×4 off-road tracks. Thank goodness it was dry, as it would have been a nightmare, if it was wet.

We were up an hour earlier with the intention of reaching the end of the Cotswold way by nightfall. The morning’s route went along almost the top of a rolling ridgeline. After a short pit stop, Emma and I split with the intention of meeting about 10 minutes further along the trail. It took me just over ten minutes to get to the checkpoint and thoughts were racing through my head, has she already passed the checkpoint? Is she going to be waiting on me? Eventually, I got to the path junctions where I was meeting Emma. I waited for 15 minutes asking people, who were walking the path, if they had seen a woman running in a white top go past, “no sorry” they said.

I checked my map, making sure I’m in the right place. From here the Cotswold way did a massive loop of about 2.5miles, which would take Emma about 45 minutes to get round. We had decided the night before I would cut the loop out and meet her at the other side. I decided to leave the first checkpoint and go to the next one. I got there worried and confused, I was annoyed that I had no way of communicating with Emma to find out if she was ok and where she was.

I rode around asking dog walkers and runners if I was in the right place and if this was the Cotswold way path I was on, they all said yes. I sat next to a post with the little green acorn symbol on it, which marked the Cotswold way.

About an hour had past now and I looked at my phone to see a text from Aysha: “just met Emma on Cleeve’s Hill and she’s on her way to your check point now.” Another half an hour went past, getting more and more worried, then a little Emma shaped figure appeared on the next hill along, it was Emma, thank God! It turns out that the Cotswold way had changed and the map we had was a old one. Communication is very important and I am happy we made this mistake there and not in Africa.

The next few hours went smoothly. We met Aysha’s mum for lunch and she had made chocolate brownies for us, which were amazing. The afternoon was more ups and downs, which would have been hard for the bike, so I went on road, while Emma stormed up and down the hills. Our spirits went through the roof when we discovered we had one page left of the map till the end, a huge smile came onto Emma’s face. It was mostly down hill to the end now. We arrived in Chipping Campden. It was over. Massive well done to Emma running 107 miles in three days. Day three was over and the run complete, well done team!

Top ten tips for riding a bike and supporting a woman running on the Cotswold way:

1. Watch out for bad smells coming from your runner.

2. Be prepared to shit anywhere, just watch out for nettles.

4. Make sure your bike is the right size for you.

5. Keep your mouth shut in the evening or it will be full of insects.

6. Practice lifting your bike above your head for the hundreds of gates and styles.

7. Make sure you wait long enough at the meeting check points.

9. Charge your phone at any opportunity.

10. Power naps should be no longer than 20 minutes and make sure you have sun cream on. 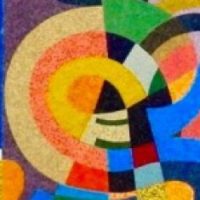